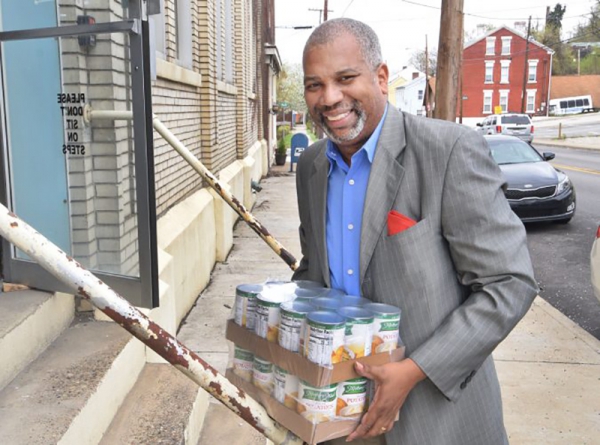 This Mother’s Day will be the 44th Mother’s Day without my mother being physically alive. I only had 17 Mother’s Days with her, and yet I can’t stop thinking about her from time to time. I lost my mother to cancer when I was 17 years old. She had three forms of cancer — breast cancer, lung cancer, and brain cancer. I don’t think there is a day I don’t still think about her. She died when she was 36 years old. If your mother is alive, honor her. I am sure she made mistakes, but she’s still your mother.

This past year had mothers take on a greater role during this Covid-19 pandemic. It is reported that some mothers gave up their work to stay at home to take care of their children. Some stayed at home and worked, while taking care of their children. Many mothers were understandably overwhelmed with the lack of breaks and the intense stress. They along with all teachers deserve special honor and appreciation.

We have all heard of the “Mother’s Day,” I wonder how many have heard of the “Father” of Mother’s Day? I am glad to come to a city like Wheeling that on National Road has a statue dedicated to Pioneer Women and Mothers. How many cities can say that? How many know that if it had not been for football, there may not have been a Mother’s Day? I know that there are what some call football widows, who say they lose their husbands during the football season. I would suggest to you that the next time you complain about your husband watching football, that you remember that it was football that helped bring Mother’s Day to America. I also want to let you know that it was not just football, but college football. I know where I live, and I have a lot of friends that love their college football team, but it was Notre Dame that played the pivotal role in Mother’s Day in America.

You may think of Mother’s Day as a day of roses and perfume, greeting cards and family togetherness, and well it should be in every family. But to the merchants and marketers of America, Mother’s Day is a billion-dollar bonanza that makes cash registers sing almost as sweetly as they do during the Christmas season.

“When people ask me what to give their mothers for Mother’s Day, I tell them, ‘Their love and their time,’ said Ted Kaufman, who at one time was the chairman of the National Mother’s Day Committee. But, he admits, the day means big bucks to American retailers. Kaufman went on to say that his study shows about 95% of all American families celebrate Mother’s Day. It is also interesting to note that Mother’s Day in New York is traditionally considered the highest single traffic day of the year. I guess everybody comes in town to pick up mother and take her out for dinner and a show.

It is said that a London Editor once made up a list of people who had taught Winston Churchill. The list was shown to Mr. Churchill, and he returned it with this comment: “You have omitted mention of the greatest of my teachers – my mother.”

For better or for worse, every mother is a teacher to her family and makes a deeper imprint on her children than most other teachers. Someone has said that when the devil robs a man, the last thing he takes from him is what he learned at his mother’s knee.

All mothers need our prayer and support. The world reaps great havoc sometimes when a mother’s love is thwarted, misdirected, or denied in a young life, if another woman or mother does not step in to their life. Giving birth to a child does not make you a mother. On the other hand, her love’s fulfillment takes root in a motivation that produces a man or woman at his or her very best. God’s word said she would be a “help meet.” Some take that as a put down; I think it is a “praise up.” The car is nice but without the “help meet” of the engine it cannot fulfill its purpose. In an age where we all have declared our independence from each other, and we don’t need anybody is the spirit of the day. I know it’s bad English, but “Isn’t it nice to know somebody loves you for just being you? Honey, that a help!”

Any woman responding to this responsibility is a great light; any woman neglecting it causes a dark shadow. One that can be overcome, but why throw more shadows in any child’s life. No matter how beautiful the house is built, how well painted and how beautifully decorated, or how well lighted, don’t fool yourself, it’s that woman, that mother, that is the real light, beauty, and heart of that home.

There is no man who can’t reach his potential if he has the right woman in his life. There is no husband who can be defeated in his courage, when his wife is cheerful and appreciative. Yes, mothers can be the breath of a happy life. Without the love of a mother sometimes the home feels like it has no pulse. Mothers take well your gift, you help guide the destiny of your child, your country, and your world!

The father of Mother’s Day is Frank Earl Hering. It was something he proposed in a speech that talked about his mother, Mary Elizabeth Neuer, where he was being recognized as the first paid football coach, and captain of Notre Dame in 1897. The speech was in 1904 in Indianapolis. On May 8, 1914, President Woodrow Wilson signed a joint resolution of Congress recognizing national Mother’s Day.

So, when you open your Mother’s Day card, gifts, and flowers, always remember if it wasn’t for football, you may not have gotten anything! Happy Mother’s Day!

ource: The Intelligencer. Wheeling News-Register, 05/08/2021
Photo: File Photo The Rev. Darrell Cummings is celebrating 41 years as a pastor, 31 of them at the Bethlehem Apostolic Temple.